Designing icons, map of company's service points, and an infographics for the company.

Creating modern graphics, which at the same time, are compatible with style of the whole company.

Gazprom Mezhregiongaz Saint-Petersburg is a gas company, which supplies gas to north-western regions of Russia. Our task was to show on the map of projects, which of them were held by the company in 2010-2012 in three sectors: building of pipelines, boiler plants and numerous objects supplied with gas. 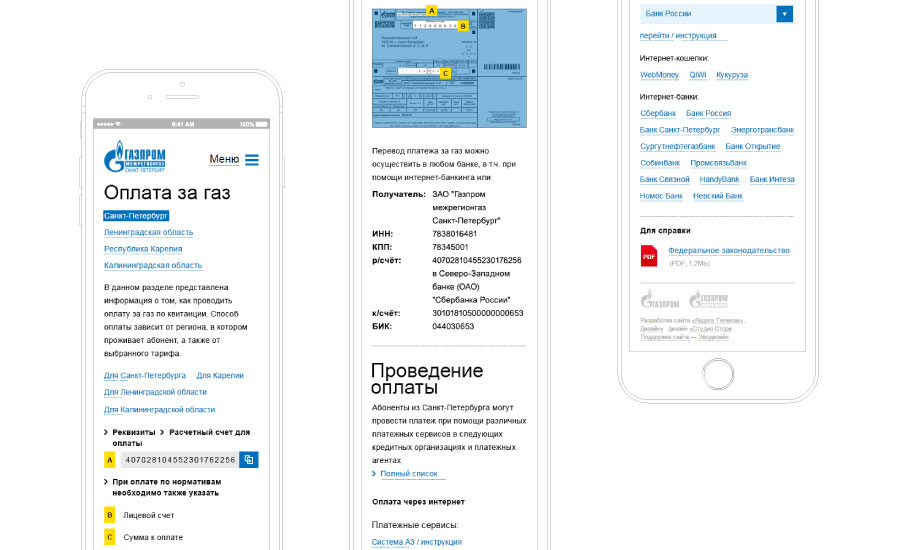 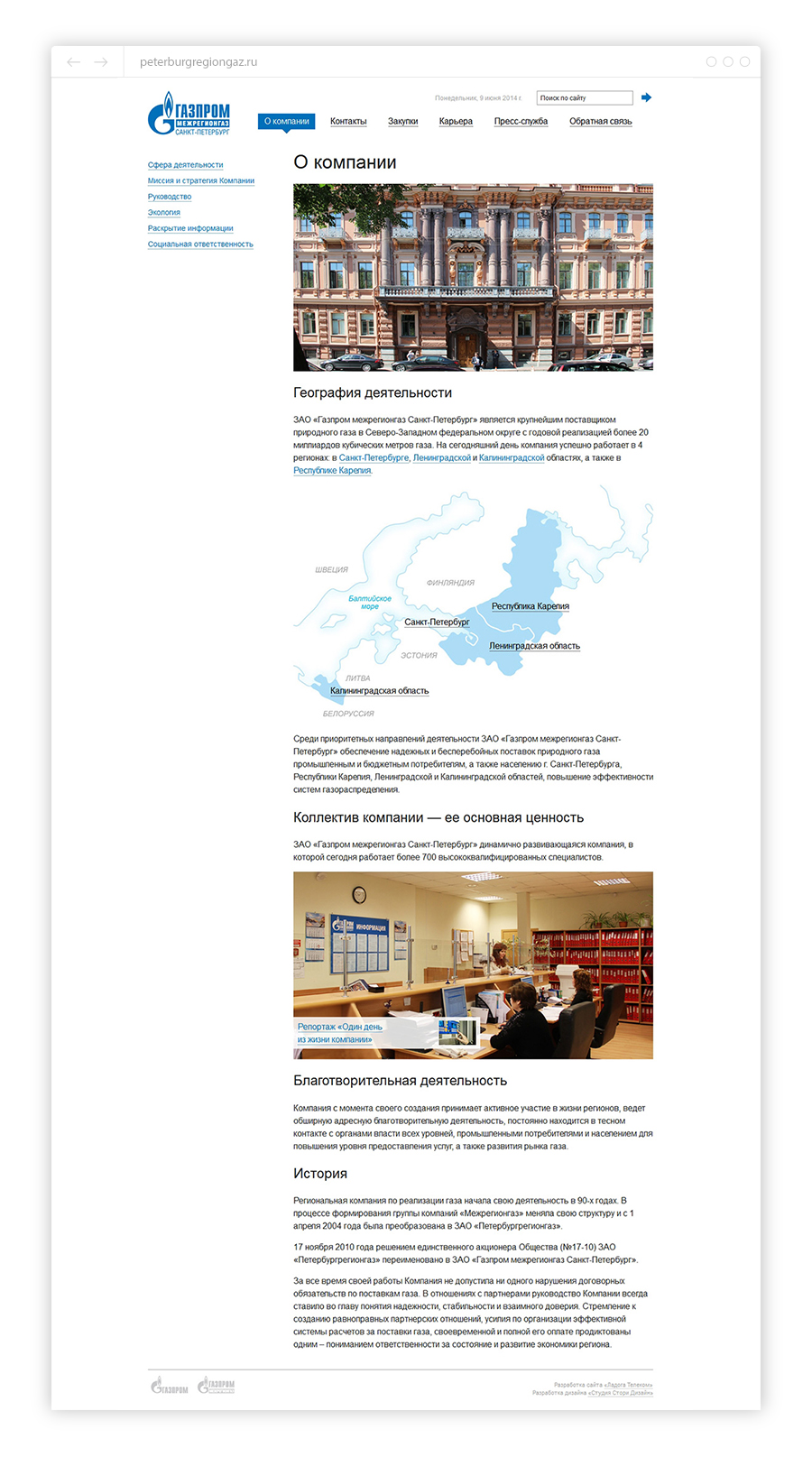 As part of a website redesign for the regional company Gazprom Mezhregiongaz Saint-Petersburg we created an icon set corresponding with the head office website design. As a result, we created five icons related to the functions of customer service. 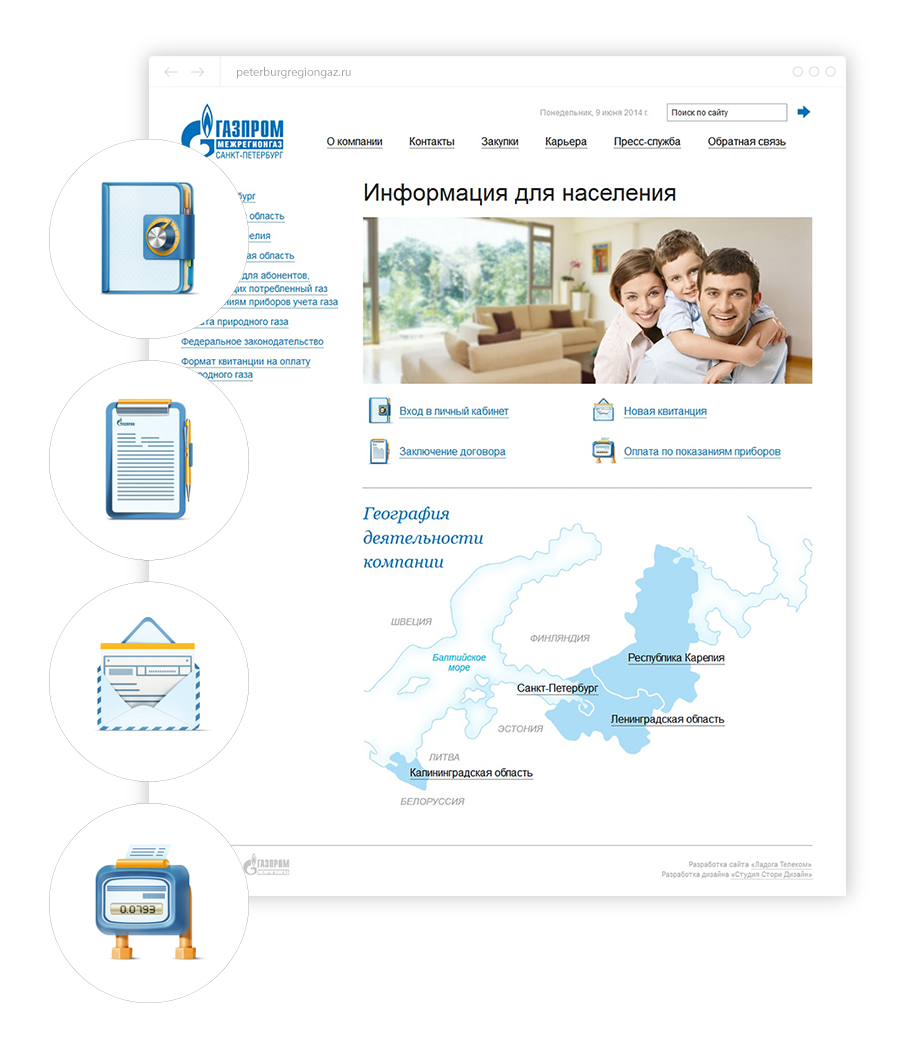 This time we had to find the solution to present service points in four regions of Russia. Although the area of Gazprom Mezhregiongaz Saint-Petersburg is not that vast, still, it encompasses over 280 952 km2. The greatest challenge had the topographic nature. We had to present the regions so to include their physical characteristics and the borders of districts. First, we analyzed map design, than we worked on the table and icons. At the end we also prepared graphic style for the information displayed after clicking.